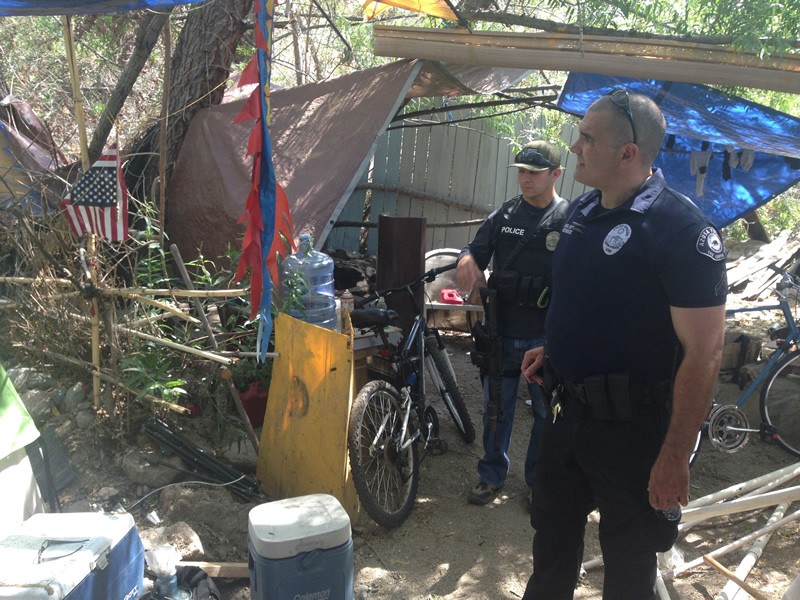 There is a stretch of the San Gabriel River in Azusa that is popular with transients to trespass and set up illegal, long-term encampments in the riverbed. The property is owned and managed by the United States Army Corps of Engineers, which is part of the federal government. The Azusa Police Department has made numerous contacts with the transient individuals and advised them they were trespassing. We have also offered them services for the homeless, resulting in a few subjects abandoning their camps. The riverbed camps generally consist of altered landscape, tents, makeshift bathrooms, fire pits, smelting pits, etc. The number of camps fluctuates, but there is constantly a large amount of trash and debris left in the riverbed by the trespassers. 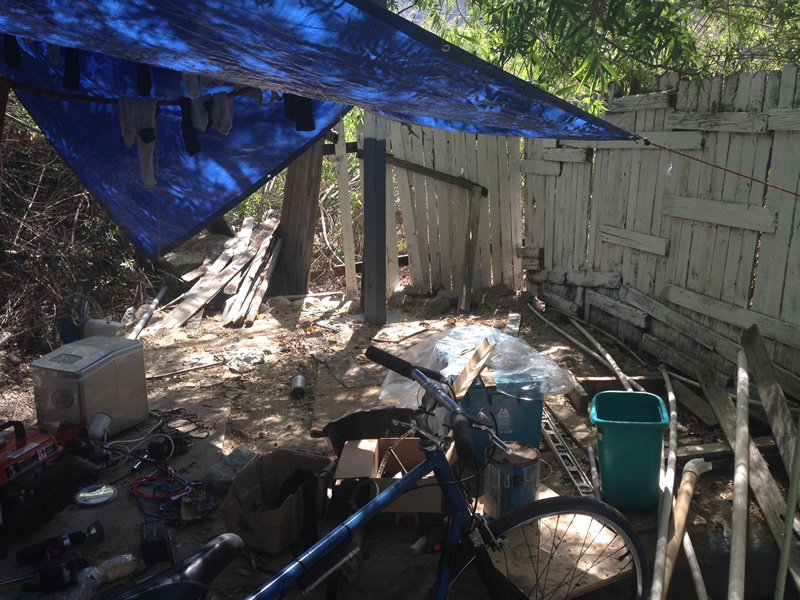 Being committed to the safety of all residents, business owners and visitors in Azusa, the police department is working to reduce trespassing and illegal camping in the riverbed, hoping the result will be a safer environment for people that legally hike in the area. There has been an increase in the number of brush fires in the area during the last several months and reducing the illegal camping will help to reduce the wildfire danger associated with the makeshift fire pits that are found in the illegal camps.

In addition to this, we would also like to protect the riverbed plant and animal habitat, promoting ecological health in the area, while protecting the ground water supply from the contaminants and human waste that the camps release directly into the soil.

On April 30th, 2015, the police department conducted an operation to contact trespassers in the riverbed. The Los Angeles Homeless Services Authority (LAHSA), The San Gabriel Valley Consortium on Homeless, the Volunteers of America, and officers from the Los Angeles County Department of Animal Control participated in the operation. Numerous occupied and abandoned encampments were located and several homeless subjects were contacted. All subjects that were contacted were offered resources available to the homeless. The remaining subjects were advised of trespassing laws and provided contact information for homeless resources should they reconsider the offer. 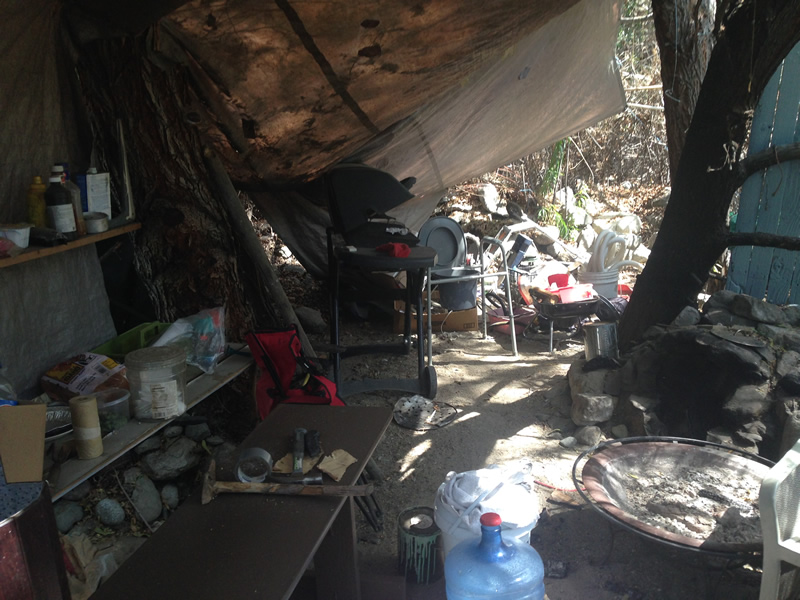 On May 14th, 2015, the police department conducted another operation to contact trespassers in the riverbed. In addition to the same assisting agencies, members from the Los Angeles County Sheriff's Department, and the Veterans Administration helped with this detail as well.

Numerous occupied and abandoned encampments were located and several homeless subjects were again contacted. Subjects that had been previously advised that it is illegal to trespass and camp in the riverbed were arrested. Several of them also had outstanding arrest warrants that they were additionally charged with. All persons contacted during this operation were again provided information on resources for the homeless that are available to assist them in relocating out of the riverbed. Four dogs were removed by the officers from the animal control department and six people were arrested for the following charges:

MEDIA INQUIRIES: This press release was authorized by Lieutenant Tim Harrington. He can be emailed at This email address is being protected from spambots. You need JavaScript enabled to view it.. Please call the watch commander at (626) 812-3200 for any immediate inquiries.

A Life Was Changed In Azusa Today