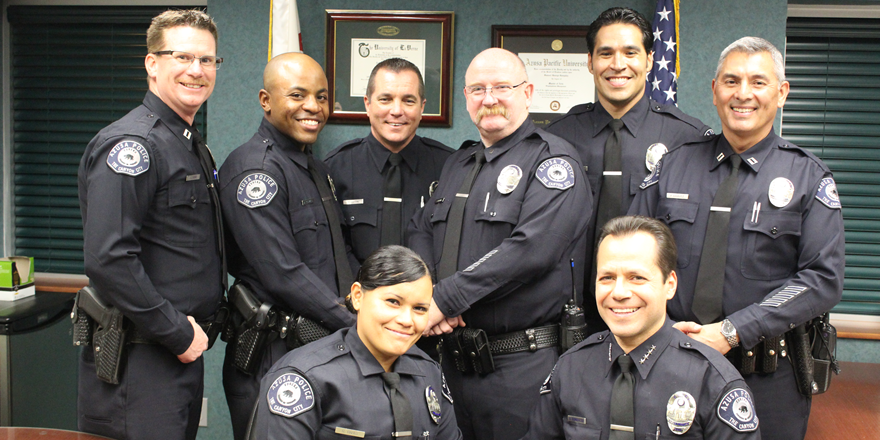 On Tuesday, January 20th, several members of the Azusa Police Department were promoted at the council meeting held at city hall.

Sergeant Sam Fleming was promoted from sergeant to Lieutenant. Lieutenant Fleming will perform his duties as a watch commander, and will be the service area commander for the east side of the city, which is referred to as SAC 3. You can learn more about SAC 3 by clicking here.

Joining our great team here at the Azusa Police Department are Officer Anthony Conwell and Officer Rubia Rivas. Officer Conwell recently graduated the San Bernardino County Sheriff's Academy and is currently in the field training program. Officer Rivas transferred from the Placentia Police Department and is currently assigned to the patrol division.

Congratulations to all these great officers who make the Azusa Police Department a leading law enforcement agency in the United States.