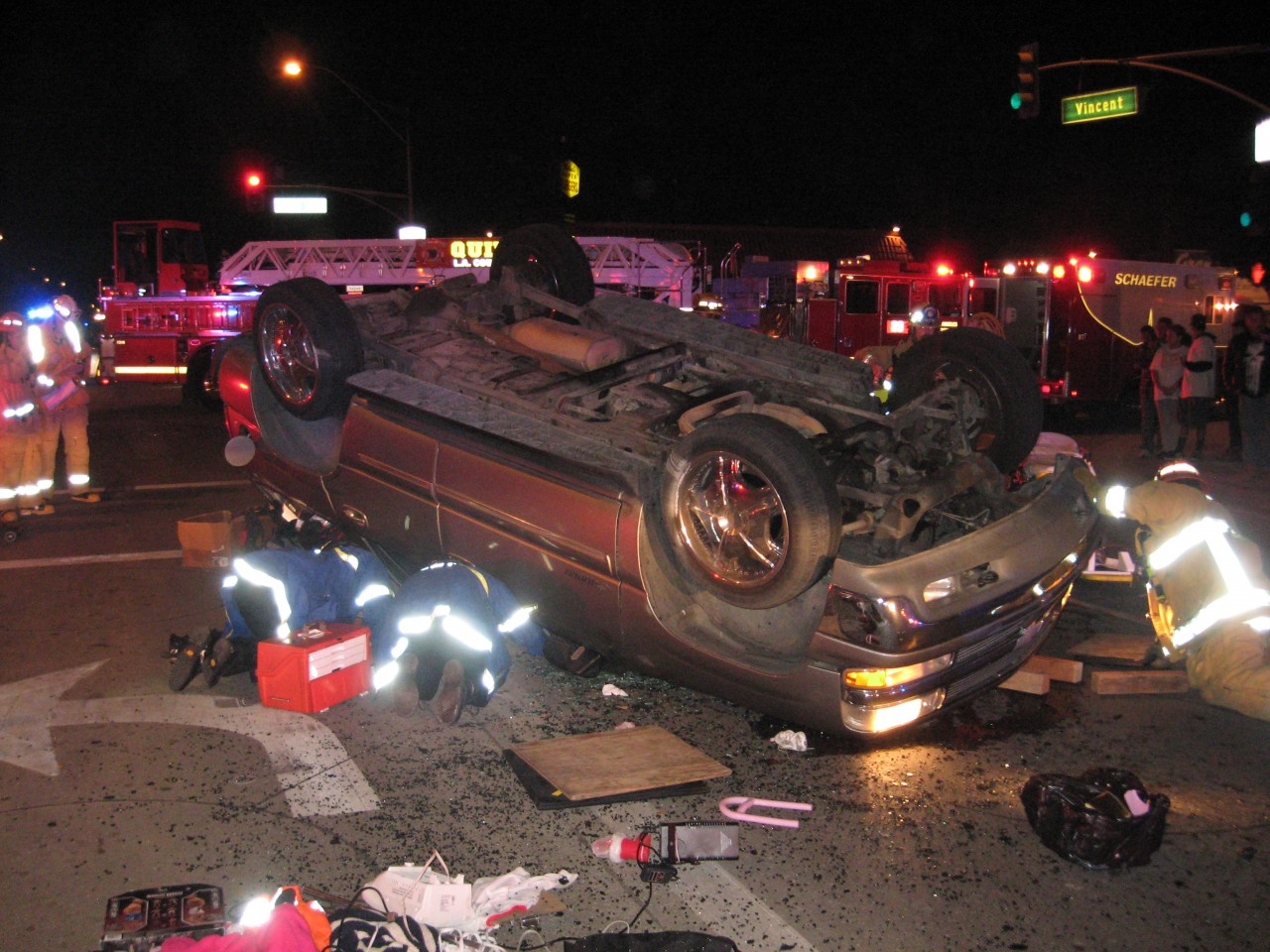 On November 15th, at 7:00 pm, a gold Chevrolet Tahoe was traveling north bound on Vincent Avenue through the intersection of Arrow Highway, when it collided with a black Chevrolet Tahoe, which was traveling west bound on Arrow Highway at the same intersection. The impact caused the gold Tahoe to flip onto its roof and trap a male and female adult inside, who were riding in the vehicle.

Firefighters and paramedics from Los Angeles County Fire Station 29 arrived and spent the next 45 minutes working to extricate the victims from the wreckage. Both victims were air-lifted to USC Medical Center in Los Angeles with serious, but not life threatening injuries. It is believed neither victim had been wearing a seat belt, and officers are investigating the possibility the driver was intoxicated at the time of the accident. Although the investigation is active and on-going, several witnesses at scene told officers the gold Tahoe failed to stop for the red light.

The two occupants of the black Tahoe were transported to a local hospital with minor injuries.