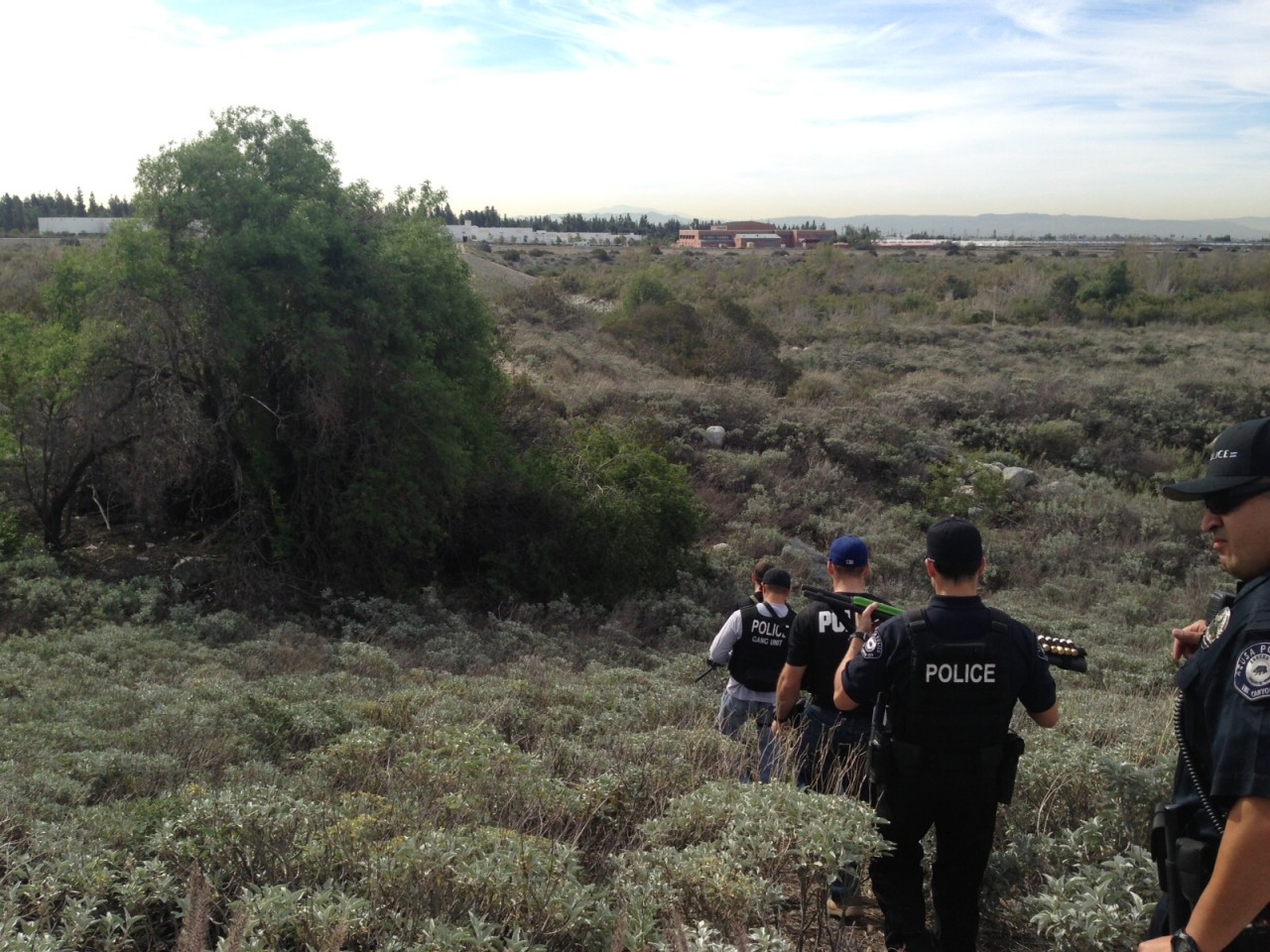 There is a stretch of the San Gabriel River in Azusa that is popular with transients that trespass and set up illegal, long term encampments in the riverbed. The Azusa Police Department has made numerous contacts with these individuals and advised them they were trespassing. We have also offered them services for the homeless, resulting in some subjects abandoning their camps. The riverbed camps generally consist of altered landscape, tents, makeshift bathrooms, fire pits, smelting pits, etc. The number of camps fluctuates, but there is constantly a large amount of trash and debris left in the riverbed by the trespassers.

Working Towards A Safer Environment 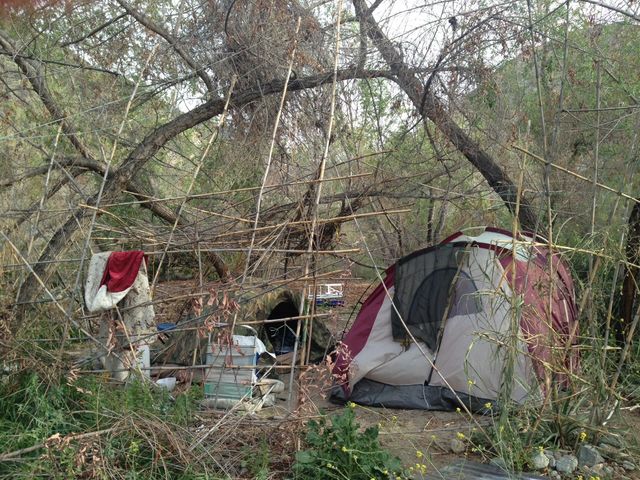 The Azusa Police Department is working to reduce trespassing and illegal camping in the riverbed, hoping the result will be a safer environment for people that legally visit and live in the area. Furthermore, there has been an increase in the number of brushfires in the area during the last several months, and reducing the illegal camping will help to reduce the wildfire danger associated with the makeshift fire pits that are found in the illegal camps.

We would also like to protect the riverbed plant and animal habitat, promoting ecological health in the area, while protecting the ground water supply from the contaminants and human waste that the camps release directly into the soil.

Numerous occupied and abandoned encampments were located and several homeless subjects were contacted. All subjects that were contacted were offered resources available to the homeless. Only one was interested in taking advantage of those resources. The remaining subjects were advised of trespassing laws and provided contact information for homeless resources should they reconsider the offer.

No arrests were made during this operation, however the Azusa Police Department is working closely with the Army Corps of Engineers and other interested groups to focus on the trespassing problems.

Remember, you can also follow the Azusa Police Department on our various social media platforms, which can be found here.

Tags:
Riverbed San Gabriel River Transients
The Death Of A Hero
April Is Prevention Of Cruelty To Animals Month

Azusa Police Responds To Fire In The San Gabriel Riverbed